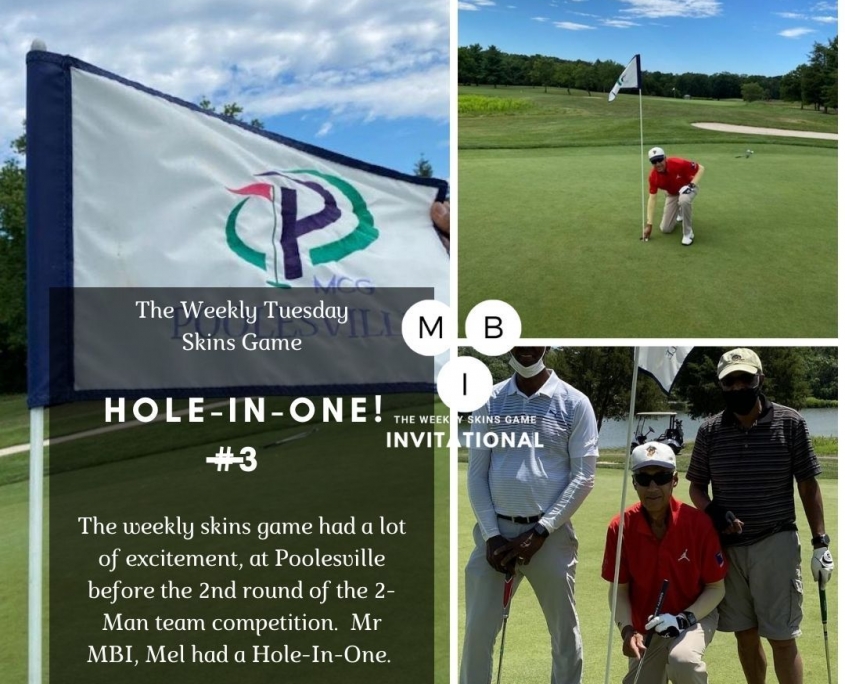 The MBI crew went out to Poolesville Golf Course to get a look at the course for Friday’s 2-Man Team competition. Mr. MBI (MEL) scored a Hole-In-One on the par 3, 168 yard, third hole. Money winners, Saunders, Clyde and Mel.